Today is a beautiful day in our part of the world,  I mean gloriously beautiful.

But I woke up on the wrong side of the bed, and was grouchy with my kids.

I had today off, so had decided to get a bunch of projects done.  I dreamed of getting up before the girls and finishing my sewing project for their Easter basket and then during their nap being able to cut out my next sewing project.  But my 3 year old woke up earlier than I hoped.  And sewing takes all my concentration, so a few minutes of her chatter while I try to sew is enough to make me crazy.  That did not start things off well.  I did not get that project done.  But she came over and so sweetly said, “I just want you.”  So I decided to give up for the time being.

But I was still grouchy.  And it did not get better when the 2 year old got up.

I decided, if we were in the house all day, they would end up in their rooms being punished for miniscule things.

So, today turned out to be a great day to use our zoo membership.  I loaded up the wagon and some stuff and we met up with a friend at the zoo.  Glad we got there when we did, parking was crazy.  But we had so much fun.  And the girls were soooo good.  It was a great choice. 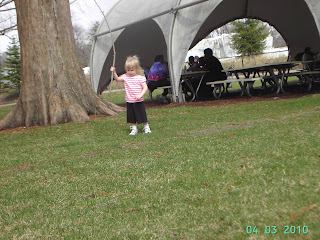 And to top it off, it tired out Sue like nobody’s business.  She kept saying in the car how tired she was.  “I not hungry, I tired.  I need nap.”

When we got home she really did opt not to eat, but go straight to her nap!

Caitlyn, on the other hand, was bummed we did not go to ‘Donalds on the way home for some lunch.  I had said we would, but then realized there wasn’t one that was very easy to get to on our drive.  But she bounced back.  And we are going to get her beloved ‘Donalds for dinner.

And that time with my cute little family will cap off this glorious day. 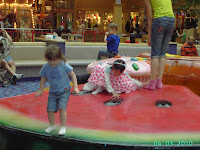 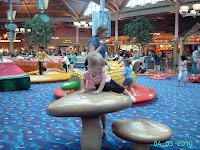 Survive til you Thrive!
This entry was posted in kidlets, random thoughts. Bookmark the permalink.