Everyone should have Someone Multitude Mondays 128-130 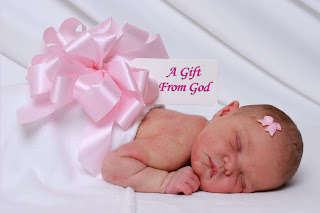 Isn’t she beautiful?  Hard to believe we are less than a month from her 1st Birthday! 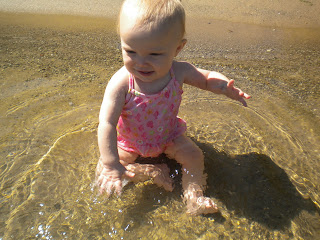 And as you know the journey of the last 11 months has had it’s ups and downs.  Never because of my girls, never once did I regret any of them, blame any of them or wish life with them were any different.  But it has still been a challenging ride.

As you might remember, part of the ups and downs started at 35 weeks gestation when our baby decided to go breech.  My midwife immediately came up with a plan.  She knows me.  She knows I would go crazy knowing things were out of whack without anything to do about it.  So she sent me to her chiropractor, gave me exercises and lots of hugs.  The next 5 weeks were a crazy topsy turvy experience as baby went breech, not breech.  Breech, not breech.  Over and over.

Through it all I was a nutball of emotions.  So many people encouraged me.  And one that really stuck with me was my midwife.  She sent me encouraging e-mails, answered my pleas for help.  She was a friend.

And with her help, her namesake Patrice came into this world safe and sound.  (not breech)  Her care continued through the postpartum period as it became apparent I needed some help sorting out the hormones and emotions that came after Patrice arrived.  She answered more e-mails than I can count.  Let me cry.  Encouraged me.  Walked every step of the way.  Above and beyond all call of duty.  Her compassionate care and friendship saved my life more than once during the postpartum depression.

She and I continue to communicate via e-mail.  I am so glad to report that I am feeling much better when it comes to my emotions and hormones.  Much better.  But there is one area that still eats at my soul.  I had a partial shot of Nubaine (narcotic painkiller) during Patrice’s birth.  I had planned on a completely unmedicated birth.  But in the end I couldn’t do it.  And this has caused me no end of consternation.  My midwife and I were talking about that today.  And that sweet woman told me to blame her instead of myself.

She is amazing.  She is truly amazing.  I don’t  blame her.  It was my failing.  It was too much for me to handle.  It is no one’s fault but mine, but my heart will forever remember how she was willing to take that burden away from me.

Everyone should have someone like her in their life.  And for her I am thankful.

129.  my Patrice who has learned to crawl on her knees, pull herself to a stand and the ASL sign for more

130.  my girls who still absolutely adore their baby sister

Join me over at A Holy Experience as we count that which we are thankful.
Survive til you Thrive!
This entry was posted in blog hops, depression, midwife, multitude mondays, Patrice, Postpartum Depression. Bookmark the permalink.

6 Responses to Everyone should have Someone Multitude Mondays 128-130